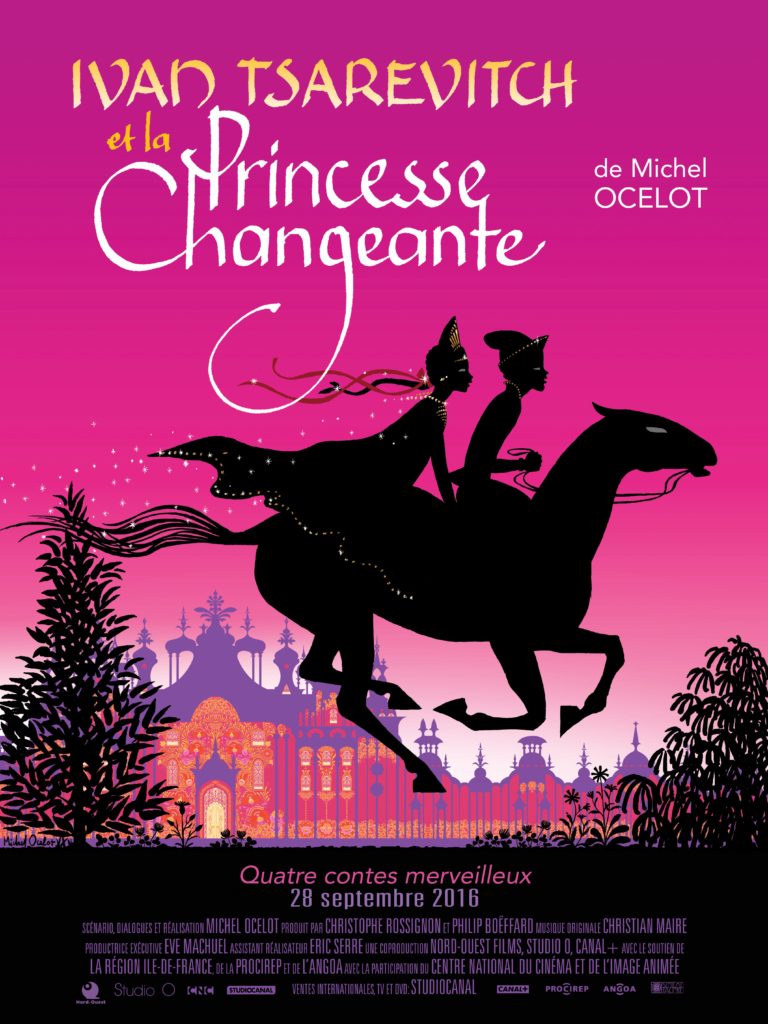 IVAN TSAREVITCH AND THE CHANGING PRINCESS

Festivals and non commercial rights only

Every night, a girl, a boy and an old technician meet in a small derelict theater, full of wonders. The three friends invent, gather information, draw, dress up, and become the heroes of a new story. From the depths of the earth, to the Far East, they compete with imagination to incarnate princesses and adventurers: "The Monsters’ Mistress","The Sorcerer's Apprentice", "The Ship’s Boy and the She-Cat" and "Ivan Tsarevich And the Changing Princess".

A small tribe lives in deep underground caves. This tribe is totally subjected to the every whim of some monsters. A young girl, who is somewhat rebellious and ill treated by her peers, thinks she is the weakest one of all. But a tiny animal tell her a secret that she finds very hard to believe…

A boy is looking for a job. A Persian sorcerer offers to teach him his craft. The boy gets into sorcery with a passion. Little does he imagine the sorcerer’s horrific projects for his gifted apprentice…

The Ship's Boy and the She-Cat

The only comfort of a cabin boy on a pirate ship is a she-cat. While sailors and the captain bully him, he dreams only of living on the land in a pretty house with a garden…

Ivan Tsarevitch and the Changing Princess

The father of young Tsarevitch is dying. Only three golden plums from the Garden Tsar could save him. But there are so many hardships to overcome, and so many cruel tsars to meet, not to mention the Changing Princess, who makes a madman of any man who approaches…

Short biography: In 1998, Michel Ocelot became known to the general public with the success of his first feature film Kirikou and the Sorceress. He then released Princes and Princesses, fairy tales in a shadow theatre, using cut out animation, and Kirikou and the Wild Beasts, co-directed with Bénédicte Galup. Azur & Asmar (2007), his 4th feature film was selected for the Cannes Film Festival for its Director’s Fortnight. In 2011, and for the first time in 3D, Tales of the Night, a silhouette film, was selected for the main competition at the 61st edition of the Berlin Film Festival. In 2012, Michel Ocelot completed the shooting of new Kirikou adventures, Kirikou and the Men and Women. In 2016 Ivan Tsarevitch and the changing Princess was released. He is currently working on a new feature film, set in Belle Epoque Paris.